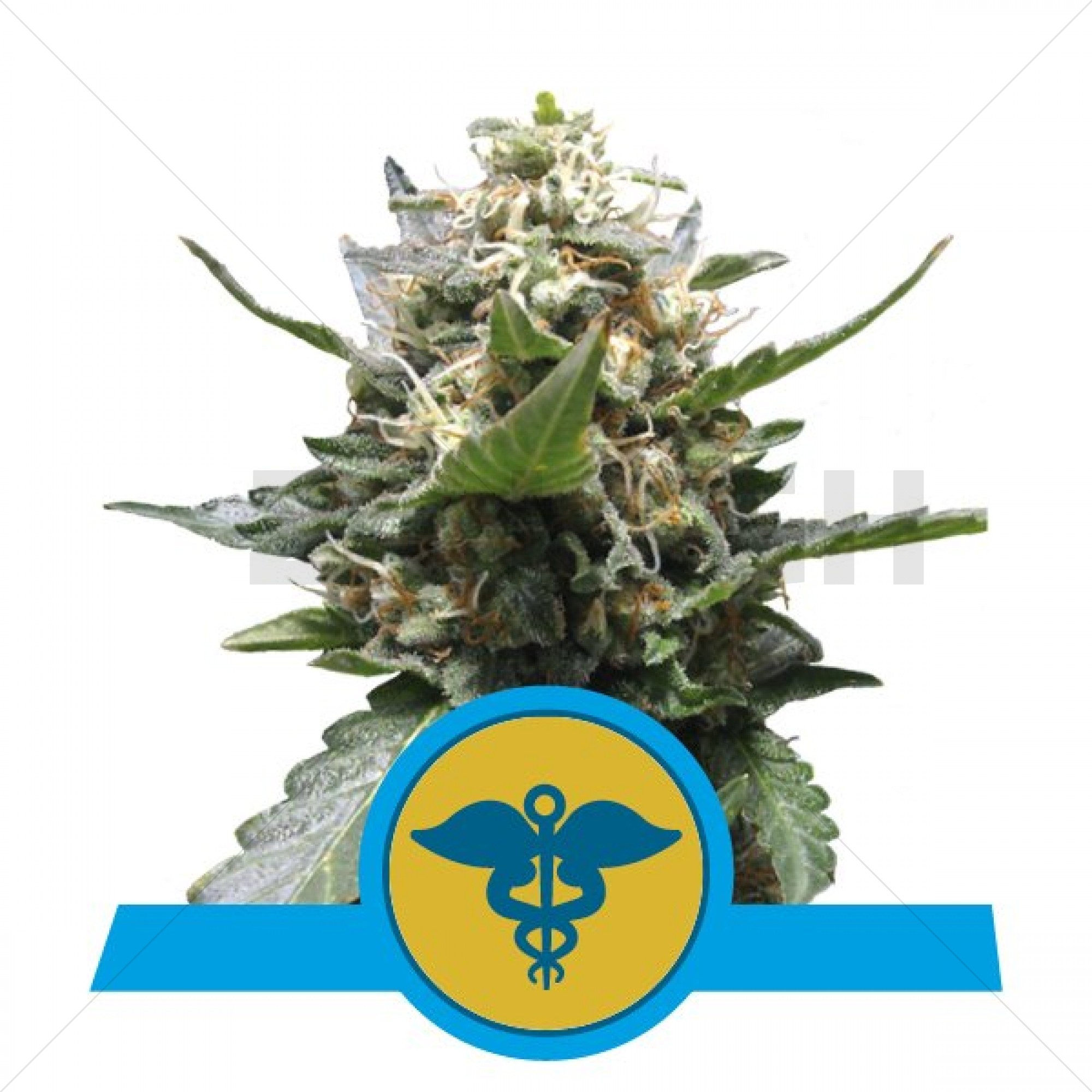 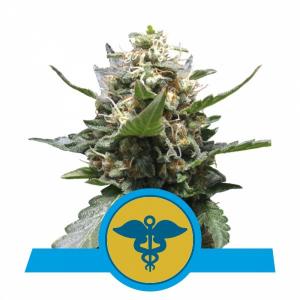 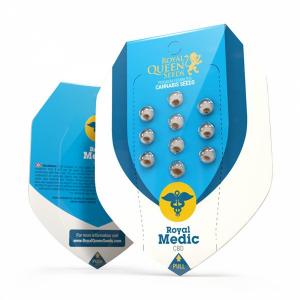 
Description
Info
Reviews
Royal Medic, as its name suggests, is a great medicinal strain, which contains a high amount of CBD—almost equal to that of THC. Although these high-CBD strains are less psychoactive than some others, they are arguably better-suited to medical users. The effect is very cerebral and can be described as a “clear” high. Strains like Royal Medic are used to relieve a wide variety of symptoms. Some applications of Royal Medic include soothing pain, inflammation, anxiety, and muscle spasms.

Royal Medic is predominantly comprised of Juanita la Lagrimosa genetics. This not only imbues it with a great medicinal effect, but also a fruity, hazy aroma. The smoke is full-flavoured, with a fruity, hash-like aftertaste. It is still quite a large plant, and will grow to a height of around 120–150cm.

Its Critical genetics, however, have given Royal Medic a more indica-leaning physical structure and better yields. Royal Medic will yield around 475–525g/plant after a flowering time of 9 weeks. By combing the best properties of its parent strains, Royal Medic is an unassuming, therapeutic powerhouse.
Add review: