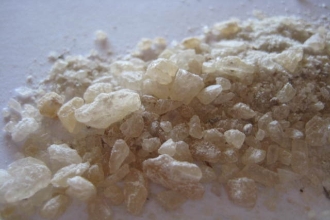 Who doesn't actually know it? The well-known Molly, also called XTC (Ecstasy, E) or MDMA. These drugs are now among the most popular (party) drugs among mainly Western youth. What exactly are Molly, XTC and MDMA? What psychoactive effects do they exactly have ? And why are they so hugely popular? We will cover that and much more in this blog.

The origins of MDMA (Molly)

MDMA was developed in 1912 by a German pharmaceutical company, called Merck. At the time, this drug was called Methylsafrylaminc and was developed to synthesize blood-inhibiting medication. Other effects of this drug soon became known, such as: general stimulation, a hallucinogenic effect, a significant energy boost, perceptual disturbances, disturbances in the perception of time and enhanced sensory experiences. MDMA (Molly) is also described as an entactogen. An entactogen is a psychoactive substance that increases the need to be touched and increases your sense of empathy. This means that users experience a sense of community and openness while also feeling more energetic.

In the 1950s, the US military experimented with MDMA and prescribed it for soldiers returning from wars. with trauma. It turned out to work, although not enough research has been done to confirm this. In the 1960s, mainly independent medical scientists began to study MDMA. In the 1970s and 1980s, more and more therapists began to experiment with MDMA (Molly) because they believed in the therapeutic and healing effects of this substance. Many of their patients also swore by the healing effect of this psychoactive substance. There are still many doctors, researchers and patients who believe in this healing effect. However, too little research is being done to prove or deny anything. During the same period, in the late 1980s, XTC / Molly / MDMA was increasingly used as a party drug.

What are XTC, Molly and MDMA

XTC and Molly usage is very common in today's nightlife. Especially among young people, the weekend often starts with taking an XTC pill or Molly, whether or not in powder form. When using an XTC pill or Molly, it is often automatically assumed that you are using MDMA. However, this is by no means always the case. XTC or Molly is often a collective name for a mix of all kinds of ingredients. In principle, MDMA should be the only main ingredient in both Molly and Ecstasy, but more often than not, there is no MDMA in these two psychoactive substances. Molly is a white powder or crystalline substance and in principle only contains the main ingredient MDMA (Molly), but it often consists of a mix of other substances. These can really be all kinds of substances: often other or cheaper drugs and sometimes even baking soda and / or stone grit. The same often also applies to XTC, except that XTC is usually available in pills or capsules. A recent report from the DEA found that only 13% of all Molly in circulation actually contained MDMA! Which is quite worrying, because most of them don't even wonder what they are actually taking.


Use of XTC, Molly and MDMA

So if you want to use MDMA in whatever form, we strongly recommend that you assure yourself (and fellow users) that you are getting real MDMA (Molly). Of course, we will never encourage you to buy or use any illegal drugs, but if you do want to use them, make sure you can trust the person you get the drugs from. For example, you can ask the dealer what the composition of his product (s) is. Then ask even more specifically about the amount of MDMA (Molly), which also immediately indicates the strength of the drug. A reliable dealer knows exactly what's in it. It is also an idea to purchase a reliable drug test kit so that you can test exactly which substances are in your XTC pill or Molly and therefore know what you are using. Such a nice idea. You can easily buy a purity test online.

Also make sure that you have made the right preparations before actually taking anything. Make sure you have enough fluid intake (water) before and during the trip. Drug use often causes a lot of moisture loss through perspiration. This moisture loss must be supplemented to prevent dehydration. When you sweat you not only lose a lot of moisture, but also salts and minerals. Especially sports drinks that contain electrolytes help very well against the loss of mineralsand in preventing dehydration! For example, chewing gum can help relax the jaw. However, be careful not to bite your tongue, as using MDMA (Molly) will make you less likely to feel or notice. You really won't be the first! Always make sure that you feel good about yourself when you want to start using drugs. If this is not the case, we absolutely advise against not doing it. Provide the right environment and the right people (co-users). You can go a long way with a relaxed atmosphere. The right setting and location are extremely important. It is also strongly recommended that you have at least one sober person with you or in the group. This person, also called Trip Sitter, can intervene if you are not feeling well and the trip unexpectedly does not go as you had hoped in advance. Do not hesitate to ask your own trusted environment and / or a doctor (directly) for help if you really do not feel well! Or have this done by the Trip Sitter. It is also very handy to have Trip Stoppers at hand and use them when the trip is too intense or a bad trip. Trip stoppers, despite the name, do not immediately stop the trip, but they certainly make the trip gradually less intense and can provide the necessary energy and the necessary positive effect. So they certainly help to weaken the intensity of the effect. Last but not Least, just use your common sense!


When, after taking the correct preparations mentioned above, you use MDMA (in powder or tablet form), the first effects start on average after about 20 minutes up to 45 minutes. The first 15 to 30 minutes of your trip, the psychoactive effects increase in intensity and then last for an average of 3 hours. Although sometimes side effects can still be felt after that period. The first XTC users take an average of one to two pills or about 50-150 milligrams of Molly / MDMA. Often a second dose is taken after the effect of the first dose starts to wear off. However, this choice is entirely up to the user himself, who must, however, know and indicate his own boundary. Of course you should also pay attention to each other and make sure that someone does not use too much and therefore takes an overdose. This drug can also have nasty side effects if you use it too much or too often.

Ecstasy / Molly / MDMA have been around since they first appeared. as a party drug, known in America and abroad. If we look at the users, it is often a counterculture, and in this case a rave culture. The rave culture originated around / in the 80s, when XTC became more and more popular, at that time mainly in America. Rave culture soon spread and with it the choice of this drug to the rest of the world. Nowadays an important aspect for most XTC users is listening to Electronic Dance Music (EDM). They also often visit dance events, such as festivals and Rave Parties where many users or "Ravers" come together. Raves are basically all-night parties, where electronic music is often played loudly. Raves are more often than not organized illegally. By using the drugs in combination with the music and the atmosphere, people feel euphoric, peaceful and their emotions are strengthened. Raven has become a big part of this counterculture for most, although of course this does not apply to all Ecstasy / Molly / MDMA.

What applies to everyone, or rather, can happen to everyone, is danger of overheating. When using XTC / Molly / MDMA, there is a very good chance that a user will "overheat". This causes the body temperature to rise too high and there is often also a large moisture shortage. Especially when the use of this drug is also combined with physical exertion, such as dancing during the Raves. That is why we remind you one more time to always have enough water / drink with you and to hydrate yourself sufficiently. Drinking enough water is very important! What also helps very well against fluid loss, as mentioned earlier, is the consumption of sports drinks, especially sports drinks that contain electrolytes. You can read on the packaging whether there are electrolytes in the sports drink. The well-known Aquarius is an example of such a sports drink.

Despite the illegal status of XTC, there are still many medical scientists, mainly in America, but also abroad, who think that MDMA has therapeutic effects. According to them, MDMA (Molly) could help treat people with PTSD or those suffering from depression and profound behavioral problems and / or coping with traumatic experiences. Despite this, major scientific research into MDMA is still thwarted todaythe current system and current laws. Although more and more is becoming known about the therapeutic effect of MDMA here and there, we still don't know enough about this drug. And that while every year, in America alone, 17 million people have used MDMA at least once in their life. That is the same number as the entire population of the Netherlands! Overall, the number of MDMA users around the world has more than doubled in just 10 years! As long as this drug remains illegal and no major scientific research into the drug's therapeutic effect is allowed, there will always be a huge (illegal) demand for MDMA, especially in the US. Most MDMA currently being imported into America will still be smuggled across the border from Canada. Another part will be smuggled in through shipping and all kinds of other ways. As long as scientists are prevented from doing groundbreaking research into the therapeutic efficacy of MDMA, criminals can still continue to earn gold from the trade in MDMA and thus continue their criminal activities. Often it is not the criminals, but the patients, the recreational users and therefore mainly the small users who end up in prison.

However, more and more scientists and politicians are starting to wonder whether some drugs are actually that dangerous are like people made us think in the past. For example, cannabis was still called "Devil's Herb" in the early 1960s and 1970s. However, we now know the positive, medicinal and therapeutic effect cannabis (CBD) ocan have on humans. Couldn't things go the same way with MDMA (Molly)? Only time will tell ....