Many resources that affect your state of mind come from far away places. Kanna too. Kanna is also known as channa, canna, sceletium tortuosum or cold. Buy kanna online in our webshop. 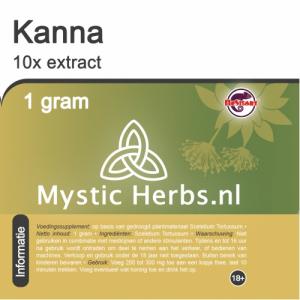 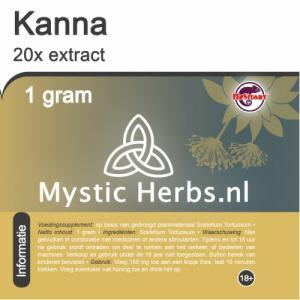 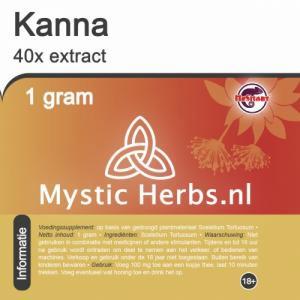 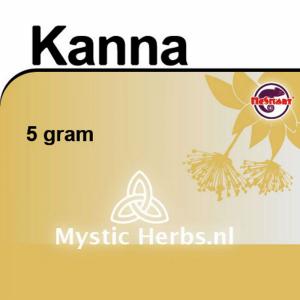 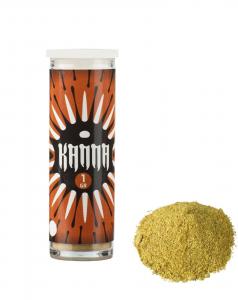 The use of Kanna has a positive effect on many people. That is why there is demand from all over the Netherlands. Therefore, simply order Kanna online in our webshop. We supply Kanna throughout the Netherlands. Ordered today is shipped tomorrow. And don't worry, all of our shipments are 100% discreet. We have a high level of privacy.

Originally Kanna comes from South Africa. Kanna originates from the Succullant sceletium tortuosum. The roots of the Sceletium tortuosum is chewed for a long time by the Khoikhoi tribe from South Africa. This tribe introduced Kanna to the Europeans when they came into contact with the Khoikhoi tribe. This was the nickname Kougoed. The reason why Kanna was so popular and is? The intoxicating effect.

Effects of Kanna use

When you are using Kanna it can lead to a euphoric feeling and even visions. However, this is only at high dosage. At low to normal dosages the effects are calming. You can relax from using Kanna and feel excited. Stress and possible fears disappear as snow for the sun. Kanna suppresses the feeling of hunger this way it can help with falling of wait.

Kanna can also be used against more serious complaints. It is said that Kanna can help against depressive complaints. In itself logically when Kanna helps to relax and let go of fears. Unfortunately, Kanna as an anti-depression agent that is still quite unknown. It would therefore be good to discuss this with a treating physician. Kanna can help to increase the libido and make the sexual urge flowc again through your body like that of an 18 year old young God.

You may not think about it directly, but Kanna is also used to reach a higher level while meditating. Kanna naturally helps you to relax and open up by being free from fears and stress. This obviously helps in meditating, being one with yourself and completely surrender to yourself in the moment.

How do you use Kanna?

When you want to use Kanna, there are more ways today than chewing on Kanna as they did in South Africa. Kanna can also be taken by drinking tea today. But also to the vaporizer enthusiast is thought as well as the enjoyer of an e-cigarette. You can also buy Kanna e-liquids.

The Kanna powders are the most sold. These Kanna powders can be sniffed. You can also place some powder under the tongue. So you can eat, smoke, sniff or drink Kanna.

Kanna does not give hallucinations

The use of Kanna hardly knows side effects and is not addictive. That is why Kanna can just be sold legally in the Smartshop in the Netherlands. Also the tribes in South Africa could stop using Kanna without any problems. It's a pleasure to make a stressful situation a little more enjoyable without having any adverse effects as a hangover.

Can you overdose with Kanna?

You can't overdose with the us of Kanna. If you use too much of Kanna you may be experiencing headaches or nausea or insomnia. However, these feelings will soon disappear again.

Kanna can be used to end-up a trip

In some cases Kanna can stop a trip. When using magic mushrooms, it can work to end your trip and turn back into reality. It must be said that this does not work in all cases.

When do or do not use Kanna?

Do not combine Kanna with all drugs and alcohol. It can significantly increase the effect of cannabis and alcohol. In addition, the use of Kanna is also not recommended if you are pregnant , brest feeding, or still need to take part in the traffic. Driving any vehicle with the use of Kanna can lead to problems due to a delayed reaction speed. Do not combine Kanna with medications always inform your doctor first before using Kanna.