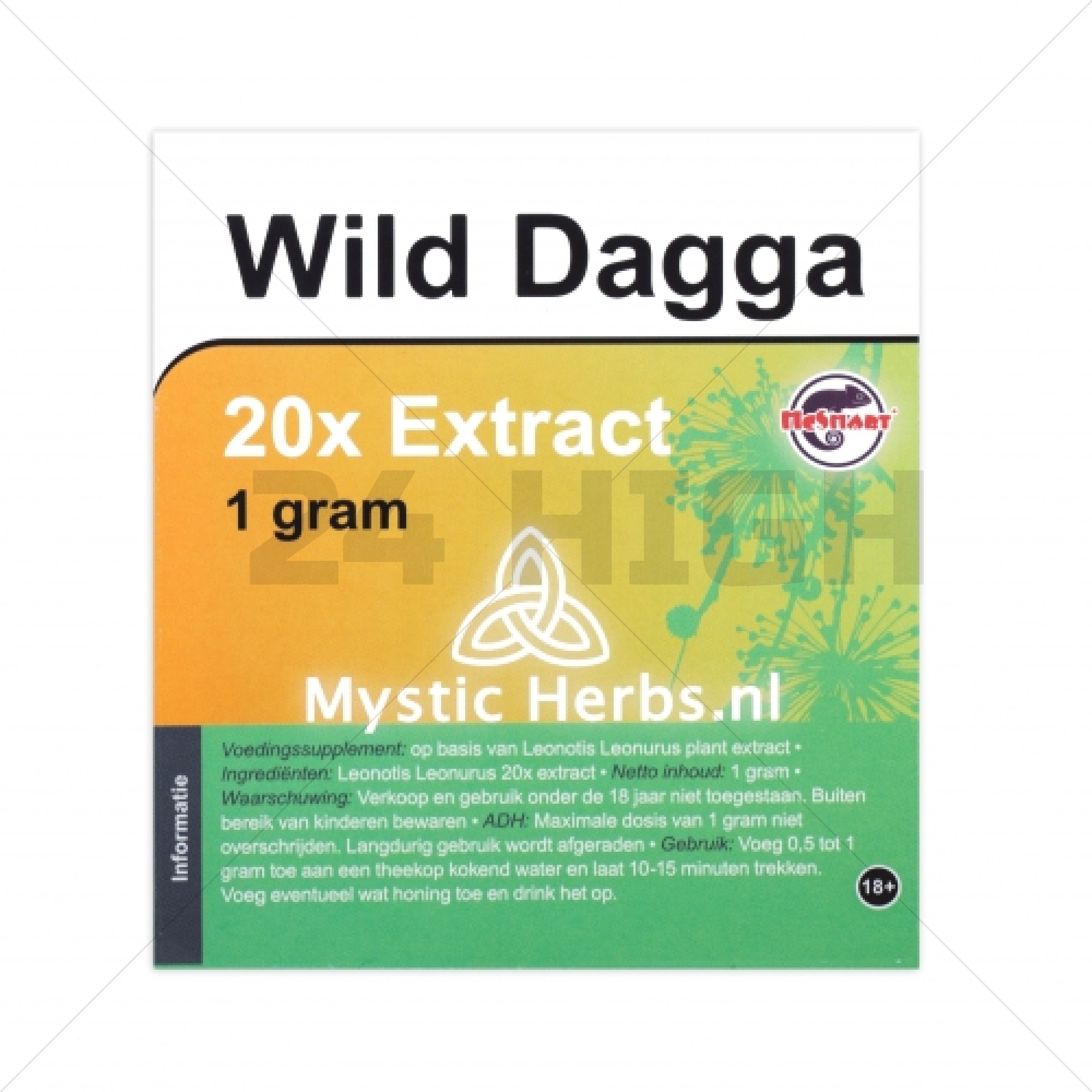 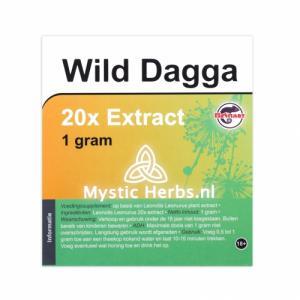 Description
Reviews
Wild Dagga also called Lion's Tail or Wild Cannabis has been used for centuries as a medicine and remedy for snake bites. This beautiful garden plant originates from Southeast Africa. The Wild Dagga make its entrance in the Netherlands around 1650. In the VOC period it was Jan Riebeek who was stationed in Africa who is said to have taken the plant to the Netherlands. This medicinal plant has a positive effect on fever and headaches. Here in the Netherlands, the plant is mainly used as a substitute for cannabis because of its similar effects. Ingredients

Leonurine is the active substance in Wild Dagga. The effects are somewhat similar to cannabis, but a bit milder. Wild Dagga is relaxing, slightly euphoric and can produce subtle visual effects.

Take 0.5 to 1 gram of the extract and add it to a teacup of boiling water, let it steep for 5 minutes.